In Part 4 of this series on placements in the doTERRA business we take a look at the Power of Three aspect of the remuneration system, and what it should and should not mean for Placement Decisions.

Let’s start by looking at what Power of Three is. It’s a part of the monthly Primary remuneration system. It rewards you with a three level payment system as follows:

It typically wouldn’t apply until you were getting towards Presidential Diamond and had six legs, but you can earn multiples of Power of Three, though you first have to earn your third level $US 1,500 Power of Three. Once you have achieved that you are eligible to earn it again on three separate legs on your front line.

My wife Pj and I got first level Power of Three ($US 50) in our first month doing the business, and only missed it in our second month. We got second level Power of Three ($US 250) in our 9th month when we turned Platinum, and have had it every month since (we are in our 21st month). We have not yet earned third level ($US 1,500) Power of Three. I expect we will within the next few months as our tree is maturing, and looking at it this week we are getting closer now.

It is a simple thing to put three people on your front line, who you may have had a discussion with asking them if they are happy to continue to hold a 100, 125, or 150 PV Loyalty Rewards Order. Achieving level one Power of Three is basically a no-brainer. It covers 50% of your 100PV order in most cases.

Having achieved Level One, why not have a conversation with those three people and ask them if they’d like your help to work with their first level people to help them create their Power of Three.

Because it’s not difficult, and for someone achieving third level Power of Three it comes to a quite significant $US 1,500 some leaders expect their sharers and builders to commit to creating it. It’s low hanging fruit, and so why not? Often the agreement between a leader and their team is that “We will all hold 150PV Loyalty Rewards Orders”, which is obviously sharing the load equally of the requirement for 600 PV Team Volume. Some Leaders have their Power of Three strategies very clearly articulated, are good at having clear conversations with their team about it, and integrate it into their business in a way that achieves the abundance brought by the bonus without losing focus on all of the other things in their business that are important.

Power of Three in the Context of Placement Decisions

So let’s talk about Power of Three in the context of Placement Decisions. As I am reiterating in every post in this series, there are many parameters we need to take into account in making placement decisions, and high among them are truly serving the enrollee, and seeking the wisdom of your upline. Therefore the very last thing you would do is make a decision to plug a hole in your Power of Three structure without weighing up all of the other parameters that are so important to creating a sustainable business, and expeditiously growing your income to the point where it is meeting your family’s needs.

We have seen some leaders weight Power of Three in their placement decisions as if it were the most important placement criteria, and with almost a desperation for achieving Level Two and Level Three bonuses, and have watched it slow their rank progression, and that of their leaders, and creating very broad front lines of between four and nine wide before they have even reached Premier.

One of the Placement Criteria we will deal with at more length in one of the upcoming posts in this series is the strategy of concentrating volume in two legs up until Premier. When you do this, the volume in the two straight legs flows straight upline and you very quickly have everyone in the strings going Executive and Elite.

One of the problems with an extreme focus on Power of Three is that if you are not conducting clear conversations about it with people, and getting a win-win type agreement with someone to participate, people can in the early days drop in and out of placing LRP orders, and holding templates. So if someone on their front –line drops off LRP, they add another person to their front line. Literally we’ve seen people with 9 people on their front lines chasing Power of Three.

Not only is it not helping the person get to Premier themselves by having two Executives, it means there is no concentration of volume to help anyone rank, and if people don’t rank within 4 to 6 months you can see a drop off in retention. Retention once you can get someone to Elite is exceptionally high, as they will soon have their orders fully paid for by Unilevel, which is a huge argument in favour of using volume concentration strategies as a part of your overall placement strategy toolset.

A Caution – Your Real Leaders

As I have blogged about previously on the subject of building solid foundations in the Leadership of your business, it isn’t the position in your tree that necessarily defines your long term leaders. Those on your front row, so long as they maintain a 100 PV Loyalty Rewards Order and Template will almost undoubtedly rank to Elite first, but it is a far different thing to rank to Elite because volume happens under you, and actually wanting to lead and build a significant doTERRA business. Your first enrolment whether Living, Sharing, or Building has nowhere else to go than on your front line, but that doesn’t make them a key long term leader.

The important message here is to not let Power of Three dominate or out-weight your structure for rank.

Power of Three – What is Your Job?

As we’ve discussed above, achieving Power of Three at Level One’s $US 50 is so easy, why wouldn’t you do it? That’s in part the reason why some leaders expect it of Builders and Sharers. If you’re not doing it, are you really serious about building doTERRA as a business?

As I also shared above, why wouldn’t you encourage the next level of people to do it too, and if you are a builder, why wouldn’t you go and help them hold a class to achieve that?
For Pj and I, despite the fact we earned it in our first month, have missed only in our second month, and have been getting Level Two’s $US250 for 13 months, we have never focused on it as an aspect of how we place. That said, I do believe that we may now start to weigh it into our decision making now we are Diamond, and especially as we reach Blue Diamond, where rate of rank progression drops to a slightly lower level of importance because we have enough abundance to live comfortably.

The truth is I watch the Power of Three indicator in the dashboard as much as anyone, and I’ll communicate with leaders who haven’t realised they are just missing the Team Volume 600 PV requirement by 50 PV, but to date we have not placed one of our enrolments to fill a Power of Three Hole, or to chase the next level Power of Three.

As I’ve said, I hear there are people who with their teams do Power of Three very professionally, and I look forward to talking to some of the Blue and Presidential Diamonds who are in that boat to learn how they approach it and to see if some of what they do resonates for us.

Our Presidential Diamond Uplines have never once asked us to focus on Power of Three, and certainly never pressured us, or asked us to pressure anyone else, though they are great at supporting our own due diligence, to ensure we are aware of things like a Team being within 20PV of achieving 600PV. Neither of us miss the low hanging fruit.

So to me the question is, what is your responsibility? For me, as a serious builder, I feel it is to hold a 150PV Loyalty Rewards Order carrying our share of the weight (though in truth we usually average between 300 and 600), to do all we can to achieve Level One Power of Three, and to educate our team on replicating Level One. Other people may have other responsibilities they agree among their team, and honouring the agreements and culture in your team is important, and as we emphasised in Part One checking with your upline is the nearest thing there is to a rule.

So lets look at the take home messages on how Power of Three relates to Placement Strategy.

This is Part Four in the series and there are more ranking parameters to review. We will talk more about Power of Three as we come to applying our judgement to weighing up all of the factors that impact placement strategy. 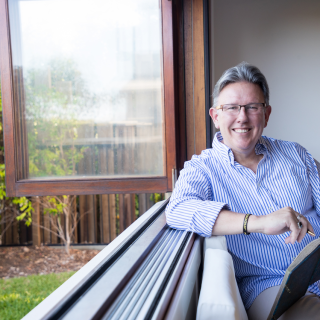